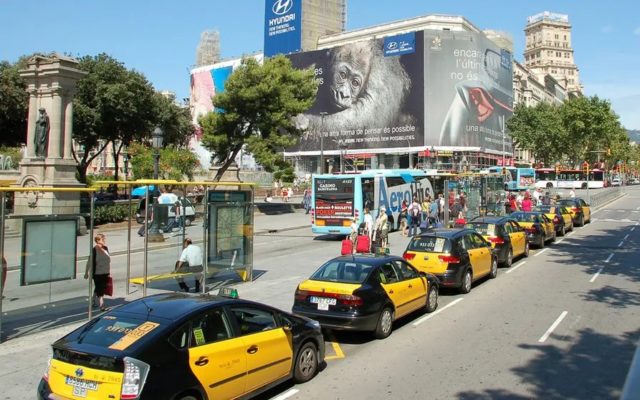 Electric vehicles are increasingly a solid answer, proof of this is that the cab guild has significantly increased its adoption in 2021, reaching a 7-fold increase in its acquisition for daily work.

The increase in restrictions on the use of thermal vehicles in urban areas, coupled with the increasingly competent electrified products, has led the cab drivers’ guild in Spain to increasingly increase the availability and use of these electric cars. According to the mobility platform Free Now, the fleet of these vehicles increased sevenfold in our country in 2021. Although the variety of electric models available is already remarkably high, the adoption of their use, in general, is still through the acquisition of Tesla models, and more specifically the Model 3, its most accessible vehicle in terms of price.

The aforementioned platform is an intermediary through which you can order a cab to come pick you up at point A and take you to point B. In its application you can also book scooters, motorcycles or electric bikes, in addition to hiring a cab ride or carpooling. The use of this application has multiplied in recent months and has been able to provide more than interesting data on the condition of electric cars in the current cab fleet.

According to the data provided by Free Now, in 2021 there was a 30-fold increase in the number of journeys carried out on electric cars, mainly thanks to the reason that the fleet of electric cabs increased by 685% compared to the previous year. The vehicle most adopted by this mobility guild was the Tesla Model 3, which continues to be the king of its sector and of electric cars, in general. This represents 60% of the total fleet of electric cabs in Spain, as indicated by the Free Now platform itself, which has also reported more than interesting data.

Among these mentioned curious data we find what was the longest journey made on an electric cab during 2021, and it was aboard a Tesla Model 3 last December 8 when a journey of 244 kilometers comprising from the airport of Barcelona to the airport of Castellón was carried out.

A few months ago, Free Now signed an agreement with the Hyundai and Nissan brands to offer discounts on the purchase of electric cabs and greater facilities to its stakeholders. Thanks to this, Nissan Leaf and Hyundai Ioniq represent 10% and 28% of the total fleet, respectively.

However, counting the electric and hybrid vehicles operating today on Spanish roads, the data reported by the application ensures that 65% of the total fleet is under the coveted “Eco” environmental label of the DGT. In regions such as Madrid, Asturias or Valencia this percentage is exceeded with 75%, 68% and 66%, respectively. In other capitals of the country the adoption is being somewhat more moderate, as in Barcelona just over half of its fleet is hybrid or electric (52%), while in Seville and Malaga these percentages stand at 48% and 45%, respectively.

In 2021, “eco” cabs operating under the Free Now platform carried out a total of 25.2 million kilometers spread throughout the year. Of that result, all-electric cabs drove a total of 708,175 kilometers. For the current year 2022, the adoption of these vehicles is expected to be even more pronounced thanks to the new models coming to the market.

Istanbul Airport is the airport with the most flights in Europe