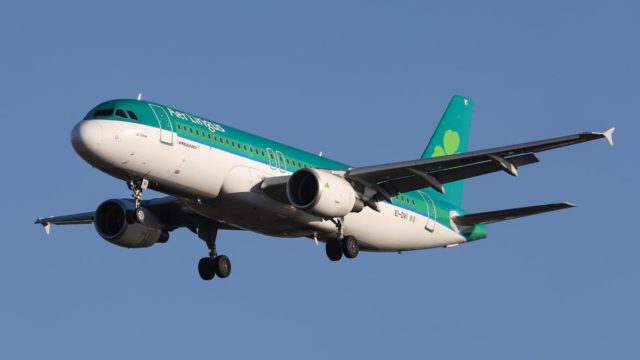 Dónal Moriarty, the interim chief executive of Aer Lingus, said the country needs to move on from the mentality of “flight shaming” when it comes to international travel. Speaking to RTE Radio, Moriarty said a negative narrative about travel was not merited by the facts.

Higgins lines up for Covid vaccine

President Michael D Higgins plans to take a Covid vaccine when it is recommended to do so. “The president has spoken passionately about the importance of vaccines for the global approach to combating Covid-19 virus, but also of equitable access to health technologies,” a spokesman said.

Garda struck by car on motorway

Gardai are appealing for witnesses after an officer was struck by a car that fled a checkpoint on the northbound carriageway of the M1 near junction 20 in Co Louth at about 1.45pm. The garda was struck when he tried to speak to the driver.

A further seven coronavirus deaths were recorded in Northern Ireland yesterday, taking the toll there to 1,039. There were 451 new cases confirmed in the north. The average seven-day infection rate for Northern Ireland stands at 153.1 per 100,000. The comparable rate in the Republic is about 78.