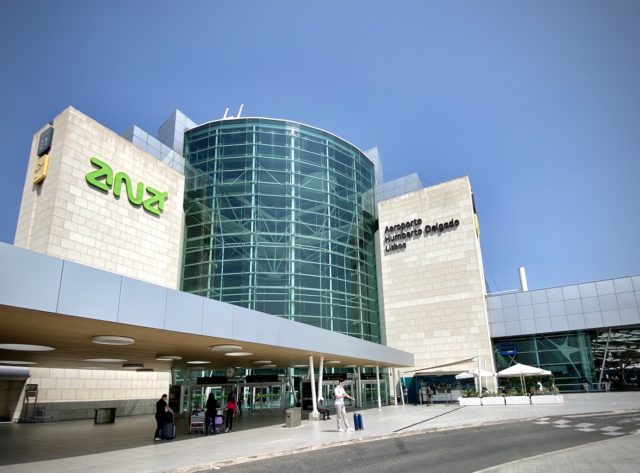 Ryanair, euroAtlantic Airways and Associação Comercial do Porto tried to stop restructuring. Irish company wanted TAP to give up more than 24 slots at Lisbon airport.

The European Commission received comments from 39 entities on the state aid to TAP, almost all of them favorable. The aid was contested only by the State Trading Association, euroAtlantic Airways and Ryanair, which in a lengthy submission vehemently contested the airline’s restructuring.

The TAP restructuring process seemed to be on track when, on July 16, Brussels decided to open an in-depth investigation. The quick decision that the government and the airline’s management had hoped for was now on an uncertain and much longer path. First of all because the European Commission has to give interested parties the opportunity to express their views.

By the deadline of September 6, 2021, 39 entities sent comments to Brussels. And the government and TAP have managed to gather broad support for their cause. “All stakeholders, except for two direct competitors and one other party, support the restructuring aid and confirm the important role played by TAP in Portugal’s connectivity with the Union and other regions of the world and for Portugal’s economy,” the non-confidential version of the decision giving the green light to the state aid reads.

Only the objectors are identified, about the others it is only known that 13 are business partners – such as travel agencies, tour operators and associations that represent them, – a large hotel group, a supplier, an airport manager and an air traffic control agency.

Comments were also submitted by several public entities, with “the representations of several states of Brazil, as well as the Brazilian Ministry of Tourism” standing out, for a total of eight. To these are added 10 contributions from organizations that promote tourism and commercial and cultural exchange.
Ryanair wanted TAP to hand over 24 slots

Ryanair, Portugal’s euroAtlantic Airways and the Porto Trade Association were the ones who tried to get the Directorate General of Competition to reject TAP’s restructuring plan.

The Irish airline made a long presentation, where it contests the arguments of both the Portuguese carrier and the European Commission. It disagrees that the service provided by TAP would be difficult to replace by other airlines, including flights to the autonomous regions of Portugal, or that without the hub in Lisbon the airport would no longer offer international connections to the main destinations served today.

Ryanair even referred to a study on air transport in the main European markets, commissioned by Ryanair, which concludes that low-cost airlines accounted for 44.3% of the increase in seats offered in Portugal between 2014 and 2019, while the other international airlines contributed 29.3% and TAP and Portugalia only 26.4%.

Contesting the need for and the amount of the state aid, which totals 3.2 billion, the company led by Michael O’Leary suggests measures to limit the distortion of competition if it is approved, namely the surrender of slots. “With regard to slot surrender, Ryanair claims that the massive amount of aid and the insufficient levels of own contribution justify the slot divestment being much higher than that of Lufthansa [24 slots per day],” the Commission writes in the report. The final decision was to give up 18 slots.

euroAtlantic Airways (EEA), also criticized the form and amount of the aid, complaining of discriminatory treatment by the Portuguese State in not granting it support. As a measure to limit the distortion of competition, it suggested that TAP should reduce its market share on the routes where EEA is present, that it should be prevented from expanding its passenger and cargo transport activity, or that it should be prohibited from offering charter flights.

The Porto Trade Association recognizes the role of TAP in the Portuguese economy and the Lisbon hub, but believes that the protection of economic activities, including tourism, would be better achieved if TAP’s slots were allocated to a new company without debt to ensure long-haul flights and support was given to interested operators to launch new routes.

These arguments were partially heeded by the Directorate General of Competition, which forced TAP to increase its contribution to the restructuring effort, to give up more slots than originally intended and TAP SGPS to sell its shares in Groundforce, Cateringpor and M&E Brasil (which is in liquidation).

Brussels ended, however, by giving the green light to the State aid on December 21. “Without state intervention, the beneficiary and, consequently, TAP Air Portugal, would inevitably exit the market, causing social hardship, negative repercussions for the entire Portuguese economy – heavily dependent on the tourism sector – and the disruption of an important service that is difficult to replicate,” the Commission concluded.