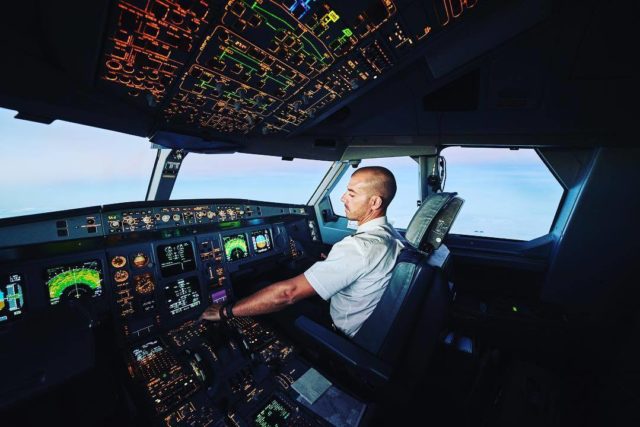 The TAP captain doesn’t need any praise because he simply did his duty. He only took a decision that seems exemplary because others don’t have the courage to take it or have orders not to take it.

A few years ago, I and two hundred other passengers were locked in a plane belonging to a regular Portuguese carrier at S. Tomé and Príncipe Airport for over an hour. The cause was not any technical, meteorological or safety problem. It was simply that Mr. President of the Republic of São Tomé was to travel I don’t know to what destination, but as if it were his private plane, for reasons that only he and his entourage would know, he arrived at the airport with an intolerable delay. The captain of that plane, either on his own initiative or because he was ordered to do so, decided to wait. And with this decision, the two hundred passengers who paid for their ticket, who also had their own commitments and were absolutely unaware of the causes of this abuse they were being subjected to, suffered.

The media reported on Friday, March 18 that a TAP captain was adamant about opening the already closed doors of a plane bound for Zurich so that the Slovenian Head of State and his entourage, who had arrived late, could board the aircraft.

It is not at issue in these two examples whether the characters were from São Tomé or Slovenia, which fortunately are two democracies. They could be from any country. What is at issue here is the vehemence and lack of consideration that most political office holders show for the rights of the citizens who elected them. It is not worth talking about dictators, because they are clearly beyond all respect for others, until they are removed from office.

Cases such as the one that occurred at Lisbon airport, although usually with a different outcome to the detriment of citizens, have already happened to anyone traveling by plane or even in their private car.

How many times has a plane on the Lisbon-Oporto-Lisbon air bridge taken off later because a politician was late and asked the airline company for a delay, which the company granted, a fact that the passengers already seated only realize when the reluctant character finally shows up on board?

How many times are traffic restrictions and traffic jams created so that an entourage of illustrious visitors can quickly make their way to Belém or S. Bento, seriously damaging the legitimate plans and normal life of the citizens?

What about the countless road closures and the obligation to take alternative routes so that a member of the government or of a local authority can hold an inauguration, an absolutely useless act if it weren’t for the fact that the politician in question needs a few minutes of television time?

Not to mention the excessive speeding on the roads that members of the government use, in order to compress agendas of unthinkable commitments, a privilege that is not available to any other citizen, to whom it would also be very useful to use such a prerogative, without having their driver’s license impounded.

There is no such prerogative in the law for holders of political offices, except in cases of urgency in situations of manifest public interest or force majeure, and this requirement does not fulfill the “urgency” of attending a meeting or hearing, which is the main reason for these inconveniences for citizens, in almost all known cases.

Who doesn’t remember a spectacular accident that occurred a few years ago on Av. da Liberdade in Lisbon, between, by a curious coincidence, two official vehicles, in which one of the vehicles involved disrespected a red light at high speed, with the senior passenger official publicly confessing that he gave such an order or permission to his driver because he was late for a meeting.

In fact, the TAP captain apparently made an absolutely correct decision, protecting the rights of the passengers on his plane to the detriment of a number of other passengers who did not show up on time, regardless of whether one of them was a Head of State.

The Portuguese State complained about spending 40,000 Euros, in other words, taxpayers’ money, but one would never hear such a complaint if, due to the delay of this flight, this caused the hundred or so passengers on board to suffer an equal or even greater loss, whether it be in alternative transportation to their arrival at their destination, the loss of connections with other flights or the failure to show up on time for their scheduled appointments.

Political office holders, especially in a democracy, should behave like all citizens, have the same rights as all citizens, and probably even more duties, since they hold the positions for which they were elected, because they voluntarily ran for them.

The TAP captain in question doesn’t need any praise because he simply fulfilled his duties professionally. He only took a decision that seems exemplary because others don’t have the courage to take it or have orders not to take it. If anyone deserves censure, in this case as in other similar and everyday cases, it is those who, by their conduct, look at citizens as a kind of “economic class” of power.