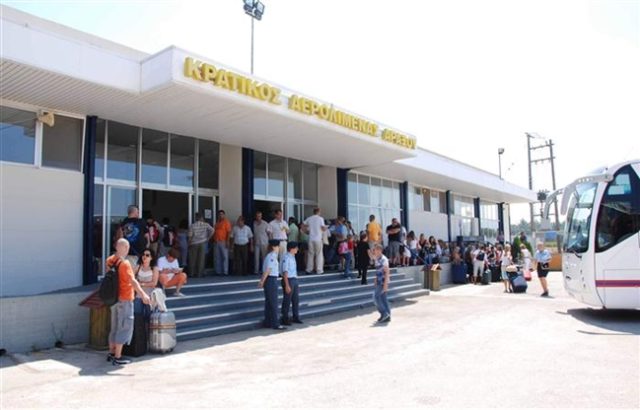 Air traffic was suspended at Faro airport for around one hour on Wednesday morning due to intense rainfall that affected the Algarve region, according to airport management company ANA.

ANA spokesman, Rui Oliveira told Lusa News Agency on Wednesday morning that air traffic was “stopped” at Faro airport with no flights cleared for take off or landing after 10am due to the weather, a situation which eventually returned to normal closer to lunchtime that day.

By 11am, the first flight took off from Faro to Bristol in the UK, with low cost airline Easyjet. The flight had been scheduled to depart at 9.30am, but suffered a one and a half hour delay, as did a number of other flights.

Meanwhile, several streets in the cities of Faro and Quarteira suffered floods due to the intense rainfall that same day.

According to the regional emergency and rescue centre (CDOS) some of the worse affected areas were downtown Faro, the parish of Montenegro, a few kilometres from Faro city and Quarteira, in the municipality of Loul‚.

As soon as the bad weather started to cause flooding in Faro, members of the municipal fire brigade and Joint Operational Force (Focon) were dispatched, while the municipal waste water company Fagar also sent teams to repair affected drains.

The flooding was mostly confined to the public roads with virtually no calls for help from the local population, according to a spokesman from Focon.

One shop was forced to close however at Faro airport after being flooded, while parts of the Forum Algarve shopping centre’s car park also experienced flooding, which according to spokesman Carlos Costa was not a big problem and shops remained open.

In the Alentejo region, an elderly couple had to be re-homed after lightning struck and damaged the roof of their home in Montemor-o-Novo at around 7.45am on Wednesday, according to the Municipal Civil Protection Authority.

The intense rain and thunder storm that morning also caused several cases of flooding in private homes and public streets.

In the municipality of Arraiolos, a dam burst and flooded the road that links the villages of Vimeiro and Casa Branca, while in Azaruja, near vora, a wall gave way, causing water to flood three poroperties.

Throughout the morning, vora district’s emergency rescue centre (CDOS) registered floods in private and public property in the municipalities of Arraiolos, vora, Montemor-o-novo, Mora, Vendas Novas and Viana do Alentejo.

Meanwhile, the bad weather which affected all of continental Portugal this week has also affected the country’s fruit and vegetable production industries.

Heavy rainfall on Tuesday left many hectares of agricultural land waterlogged in Ribatejo including those currently growing tomatoes, melons, peppers, potatoes and carrots, and is affecting the planting of some spring varieties.

Gon‡alo Escudeiro, General Manager of Torriba, an organisation of fruit and vegetable producers, said that producers are 50% to 60% of the way through planting spring varieties and are considering giving up, which if it happens, will affect the production line and the harvest will be below what is expected.

“With the return of the sunshine, the crops could recover, but production will not be the same,” he said.

Mr. Escudeira considers production will be low this year, and highlighted that “producers already work with small profit margins, which don’t leave room for situations such as these.”

“I am very worried, as the whole sector is highly affected,” he said, adding that it is an exceptional circumstance to see the fields flooding in May, especially following a particularly wet winter, which left the soil saturated.

On Wednesday morning, all of continental Portugal was put on yellow alert by the national meteorological institute due to the heavy rainfall and thunder, which was caused by a low pressure system over the island of Madeira. The bad weather including hailstones, rain, strong winds and thunder, was expected to continue across Portugal until Saturday 21 May.