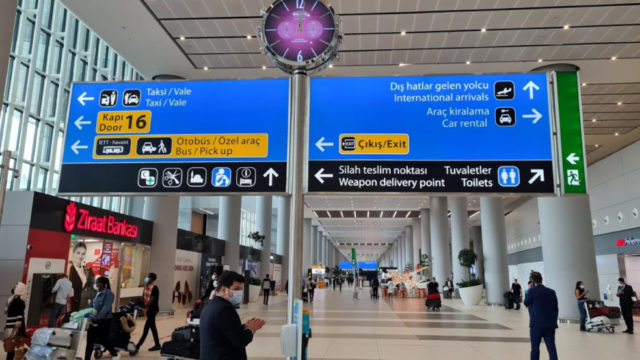 In the new normal period, when the measures were increased due to the Kovid-19 epidemic, air cargo transportation and commercial flights became more important in the world.

It was determined that the amount of cargo carried by inbound and outbound flights from all airports in Istanbul increased by 30 percent, and the commercial flights operated by 45 percent in the 11-month period of this year.

In the period when flights were canceled due to the new type of coronavirus (covid-19) around the world, fast and easy air cargo transportation and commercial flights gained even more importance. During the epidemic period, the airline started to be preferred more due to some problems experienced in land and sea transportation in the transportation of goods and products to various points of the world. In the new normal period, when air traffic intensified with the measures taken, significant increases in the amount of baggage, cargo and postal cargo carried from airports in Istanbul, one of the world’s important aviation centers, and in commercial flights were also reflected in the statistics.

According to the information on the official website of the General Directorate of State Airports Authority (DHMI), 7 thousand 820 tons of cargo was transported on the domestic line and 790 thousand 314 tons on the international line with the flights made from Ataturk Airport in this period. Thus, a total of 798 thousand 134 tons of luggage, cargo and mail were transported from this airport. In the same period of last year, the amount of cargo was calculated as 752 thousand 770 tons.

In the January-November period, a total of 261 thousand 143 tons of cargo was transported from Sabiha Gökçen International Airport with inbound and outbound flights. 128 thousand 832 tons of this load were transported by domestic flights and 132 thousand 311 tons by international flights. In the same period of last year, it was determined that 199 thousand 562 tons of baggage, cargo and mail loads were carried with the flights at this airport.

In the same period of the year, the amount of baggage, cargo and mail carried by flights to and from all airports in Turkey was determined as 3 million 90 thousand 524 tons. During this period, it was determined that 77 percent of the air cargo in Turkey was transported from Istanbul airports.

Commercial flights based in Istanbul airports, operated in the 11 months of this year, increased by 45% compared to the January-November period of 2020.

A total of 17,917 commercial flights were organized at Atatürk Airport, where only some cargo and private flights were carried out during this period. 263 of the flights at the airport were performed on domestic lines and 17 thousand 654 on international lines.

In the January-November period, a total of 248 thousand 48 commercial flights, 71 thousand 142 on the domestic line and 176 thousand 906 on the international line, were carried out from Istanbul Airport.

Compared to the same period of the previous year, it was determined that commercial flights in Istanbul increased by 131,933 in January and November of 2021.