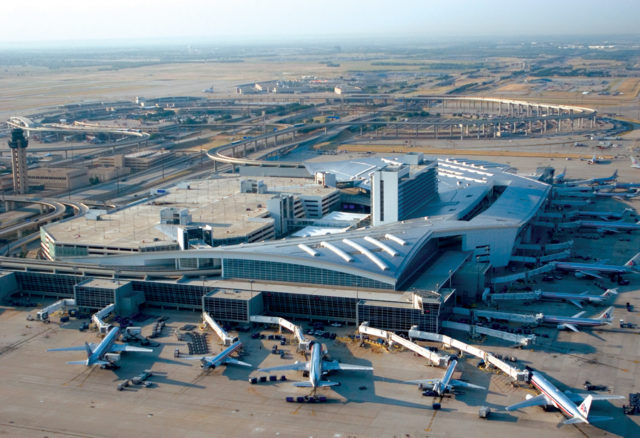 Airports with the best connecting flights in 2021: Istanbul ranked 6th

Airports Council International (ACI) has listed the airports with the best connecting flights for 2021. Accordingly, Dallas/Fort Worth (DFW) International Airport from the United States ranked first. From Turkey, Istanbul Airport is in the sixth position.

The airport, which is 24 km from Dallas and 29 km from Fort Worth in the state of Texas in the USA, ranks first with 42,640 connecting flights annually.

Opened in 1973, the airport is the third largest airport in the world in terms of passenger volume, departures and landings. However, in a study by “The Family Vacation Guide”, it was ranked DFW’s third place among the airports with the most flight cancellations or delays in the US.

The airport in the city, which is also referred to by the popular television series of the 80s, was in 7th place in 2019 before the Covid-19 outbreak. Known for its fantastic paintings on its walls, the airport is also the winner of many awards.

Germany’s largest commercial airport has been badly damaged by the pandemic. Frankfurt airport, which was at the top of the ACI ranking in 2019, ranked third in 2021 with 25,036 connecting flights.

It is possible to take a nap in the areas called NapCaps at the airport, where there are green lounges and playgrounds where passengers can make the most of their waiting time.

23,822 connecting flights are made annually at Hartsfield-Jackson International Airport in Atlanta, the capital of Georgia.

Before the pandemic, it was the airport with the world’s largest passenger volume with 110.5 million in 2019.

As one of the top ten cities Lonely Planet recommends to travel to in 2022, Atlanta is also the birthplace of Martin Luther King.

The airport of the Dutch capital, Schiphol (AMS), became the second European airport to be ranked with 23,277 connecting flights. Amsterdam airport, which is also famous for its entertainment facilities and architecture, was designed by Benthem Crouwel, who is known for its hi-tech buildings with functional design.

Visitors can see works by Dutch masters at the airport branch of the world-famous Amsterdam Rijksmuseum.

Istanbul Airport ranked 6th in the ACI ranking with 23,229 connecting flights per year. The center, which stands out in areas such as good accessibility, check-in, gastronomy, shopping and design, was ranked second after Singapore Changi Airport among the top 10 airports of 2021 by the American “Travel and Leisure” magazine.

Before the pandemic, this airport in Illinois was the world’s largest airport in terms of number of flights. Losing almost half of its connections due to Covid-19, the airport ranked 7th with 17,800 connecting flights.

The center, named after a pilot in the Second World War, is one of the two important airports in Chicago.

The facility has trained therapy dogs employed to greet travelers and calm them down when they are afraid of flying.

Houston George Bush Intercontinental Airport is the second Texas airport on the top ten list with a total of 15,739 connecting flights. It was named the best airport in the USA at the 2020 Skytrax World Airport Awards.

The airport stands out with its restaurants, employees and digital services.

Paris airport, named after the 18th President of France, Charles de Gaulle, was in the 4th place in 2019 before the pandemic.