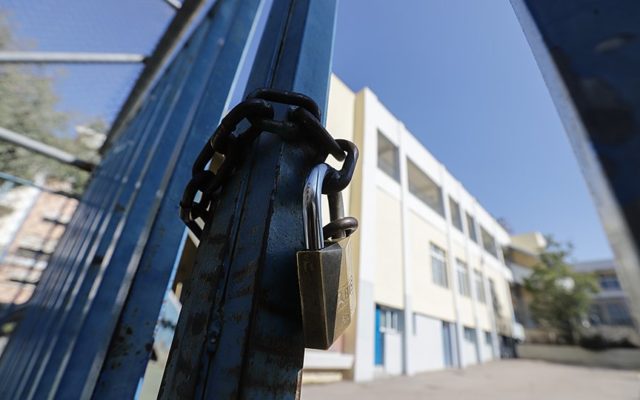 ATHENS — Authorities in Greece say high schools will reopen on Feb. 1 for the first time since mid-November, but that nationwide lockdown measures will remain in effect.

Education Minister Niki Kerameus on Friday said high schools would follow the reopening of primary schools on Jan. 11 and a limited opening of retail stores a week later.

The decision was taken after the relevant suggestion by the health ministry’s committee of coronavirus experts, she added.

Medical staff of the National Public Health Organization (EODY) will collect test samples at schools on a regular basis, she noted, while strict safety measures will be in effect.

Students over 16 and school teachers can sign up for a free coronavirus test at edu.testing.gov.gr, the minister underlined.

University students who rent dwellings and currently want to move home can do so over a maximum of three days, provided they keep a copy of their void rent agreement as document proof.

But restrictions on movement will remain in effect, including a national nightly curfew, a ban on domestic travel and a mandatory seven-day quarantine for all passengers arriving from abroad at Greek airports through Feb. 8. Remote classes will also continue for university students.

Greece has seen a steep decline in pandemic-related deaths in recent weeks, but authorities say tough restrictions will remain in place through the winter.

The weekly rolling average number of deaths is currently at 0.25 per 100,000 residents in Greece, from a high of 0.94 in early December.

The overnight curfew (21:00-05:00), the SMS outing permits and the obligatory wearing of face masks at all indoor and outdoor public spaces are thus extended to Monday, February 1.

The maximum number of passengers if someone want to take an athens airport taxi goes up to 2 (besides the driver), from the current 1.

Game hunting and fishing are also prohibited for another week, except in the regions of Evros, Rodopi and Xanthi, where the hunting of wild boar will be allowed in the context of preventing the spread of African swine fever, he noted.

The reopening of sports facilities will be considered and discussed next week, he underlined.

Local branches of the Greek Organization of Football Prognostics S.A. (OPAP) will reopen on Monday February 1.

The additional restrictions at the regions of Argolis, the local communities of Anthili in the municipalities of Lamieon and Paleokastro at the Sitia-Lasithi municipalities in Crete will be lifted on Monday.

Extra measures, however, will take effect at a Roma community in the Distio municipality, at the Kimi-Aliveri municipality, Evia, he added, as of Saturday January 23 and until Monday February 1.

Extended thus are also the extra measures at Aspropyrgos municipality in West Attica, and at the Acharnes municipality in East Attica. At Acharnes, news cases went up to 175 from the 166 registered there last week, Hardalias added.

There are currently some 6,000 active cases in the country, half of which are registered in Attica alone, but the actual number of asymptomatic carriers is not yet known, and is greater, she said. The daily new infections average stands at 467.

Some 7,000 temporary hirings of health workers have so far been carried out, pointed out Deputy Health Minister Vassilis Kontozamanis at the briefing. Another 1,400 permanent hirings of medical staff will be soon completed, followed by another 500 soon enough, he said.

“At the moment, we are treading on a battlefield, otherwise known as the vaccination of the general population,” he pointed up, “as we gather all our strength and resources to inoculate the entire population in the country.”