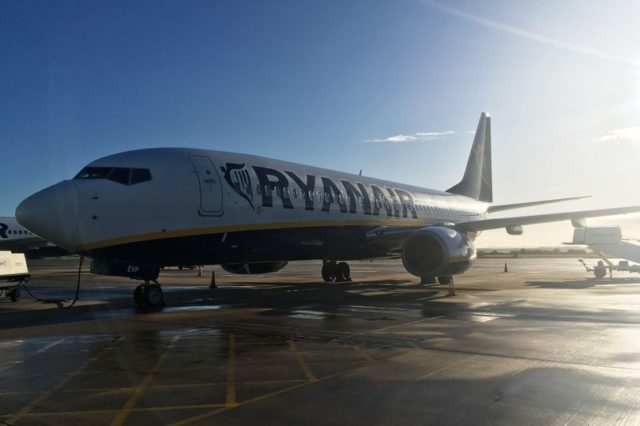 Hundreds of jobs will be protected at Manchester Airport with the arrival of four new Ryanair routes, the airline has claimed.

The Irish airline is to begin summer flights to Alicante airport, Faro airport, Madrid airport and Tenerife, as well as increasing daily Dublin services from four to six.

It withdrew the vast majority of its flights out of Manchester Airport in 2009, citing high airport charges.

He said he expected the five Manchester routes to “deliver 600,000 passengers and sustain 600 jobs in Manchester”.

“There’s no doubt if we bring 600,000 new passengers here to Manchester this year, it’s about 5% traffic growth for the airport in one stroke,” said Mr O’Leary.

“You will need more people to handle these flights, to do the check-in, the baggage. So there will be a mix I think of jobs saved and jobs created.”

Airport managing director Andrew Harrison said things had changed in the 18 months since Ryanair had pulled out of Manchester.

“I think 18 months ago, as today, we wanted to make sure both parties were able to do a deal that works,” he said.

Mr Cornish added that they had reached an agreement that was a “mutually beneficial arrangement to do what’s right for passengers”.

“What we are able to say today is fantastic news – the market is looking stronger.”