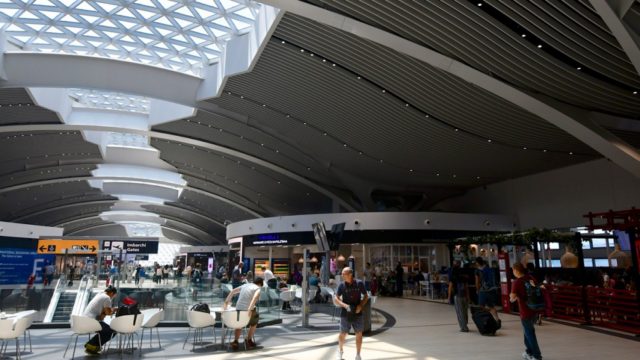 Travelers might have noticed fuller flights and more people waiting to claim baggage at the Newport News/Williamsburg International Airport in the past year.

“We are extremely proud of the consistent increases in passenger traffic we have enjoyed,” said Stephen M. Mallon, chairman of the Peninsula Airport Commission, in a press release. He said continued growth could validate the future expansion of nonstop flights to more destinations, and added the commission looks forward to serving the region during the upcoming holiday travel season.

The Newport News/Williamsburg International Airport is served by AirTran Airways, Delta Air Lines, Frontier Airlines and US Airways, with nonstop service to Atlanta, Boston, Charlotte, Denver, NY-LaGuardia, Orlando and Philadelphia. Southwest Airlines recently announced a plan to purchase AirTran for $1.4 billion; the implications that might have at the Newport News/Williamsburg airport are not known at this time, but could offer more destinations and flights.

Araxos Airport: Flights start from July, we are waiting for the passengers