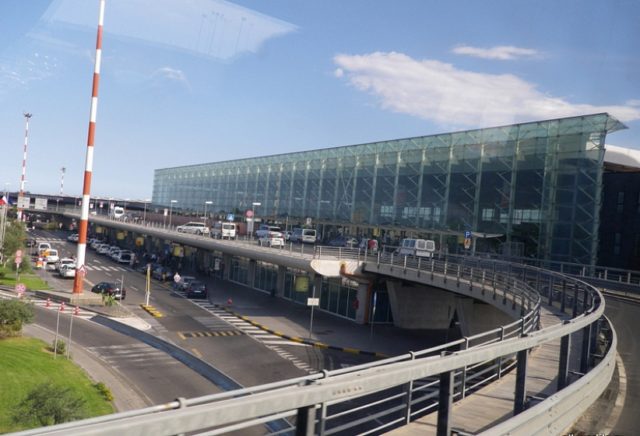 The border police at the airport of Catania arrested a 42-year-old man on charges of aggravated theft.

The incident occurred on the morning of March 16. A passenger departing for Milan Malpensa after the security checks forgot his smart watch inside the used tray.

A few minutes later, realizing that he was no longer in possession of it, he returned to the checkpoint but, unable to get it back, realized that unknown persons, taking advantage of the opportunity presented to him, had appropriated it.
Border Police investigations

The police officers, after learning the news, viewed the images recorded by the video surveillance system and were able to identify the perpetrator of the crime: a 42 year old man who was tracked down at the departure lounge about to board his flight and was forced to hand back the watch in question. The man was also reported to the local judicial authorities.

Not more than two weeks ago, another theft was foiled by the Border Police at the airport. The agents, after meticulous investigations, and with careful and thorough technical investigations, were able to trace and report to the Prosecutor’s Office of Catania a passenger departing for Milan Linate, accused of aggravated theft.

The event took place on the morning of March 13, at the Catania airport, when a passenger, subjected to security checks, forgot her watch of a well-known brand, inside the tray used to store objects in order to verify the content. After a few minutes, realizing that she had forgotten it, the woman returned to the control station but realized that the watch had disappeared. Intuiting that someone, taking advantage of her carelessness, could have appropriated it, she decided to file a formal complaint of theft.

Once the story had been reconstructed, the police officers belonging to the Pg team of the Border Police office, worked to ascertain the facts. That’s why they went to view the recordings of the video surveillance system, from which they were able to identify the author of the crime. The thief, realizing the watch forgotten in the tray, appropriated it hiding it inside the jacket worn.

From further investigations, it was possible to trace the identity of the passenger who turned out to be a 52 year old man, and that in his name there was a further reservation for the return from Milan Malpensa fixed for the following March 22. Following the findings, the investigators, by setting up a special service, waited for the arrival of the aircraft and managed to identify the passenger. Immediately stopped and informed of the reason for the intervention, once discovered decided to return the watch he had stolen.

A few days ago the theft of a gold ring

A few days ago, again at the airport of Fontanarossa, a similar episode: a 32 year old had stolen a gold ring forgotten by a passenger shortly before and, with a sudden move, had appropriated it. To control him, however, there were video surveillance cameras inside the area and then that “booty” in his pockets lasted the handful of a few minutes. And he also got a report from the border police to whom the disappearance of the precious object had been reported.
Security Checks

The border police of the airport of Catania, following detailed investigations, managed to trace and report to the Public Prosecutor’s Office of the Court of Catania a passenger departing for Bergamo, accused of aggravated theft. During the security checks, a passenger had forgotten a gold ring inside the tray used to carry out security checks at the access points to the boarding area.

After a few minutes, realizing that she was no longer in possession of it, the woman returned to the control station but realized that someone, taking advantage of the opportunity, had appropriated it.

The complaint to the police station

As soon as the woman made the report, the police officers began the investigation by viewing the images recorded by the video surveillance system. Through the verification they were able to identify as the perpetrator a man of 32 years old who was immediately tracked down inside the departure hall, while he was about to board his flight. Once discovered, the perpetrator was forced to hand over the ring, which was returned to its rightful owner.