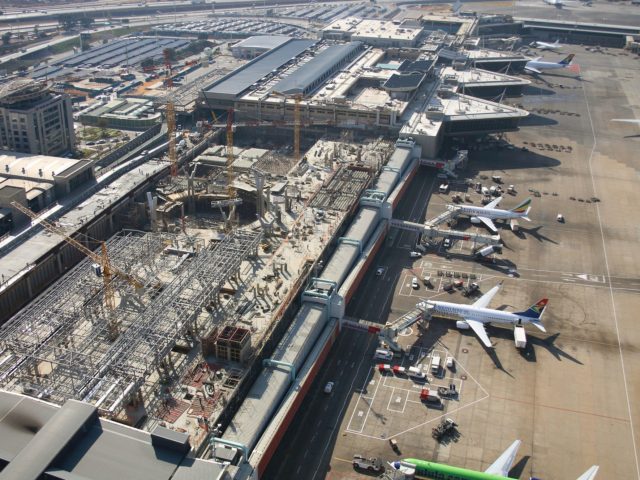 The Russian war in Ukraine rekindles the spotlight on Moscow’s military-sanitary mission in Bergamo, Conte at Copasir. Meanwhile, in South Africa, the same script has been played out for four months. And medical collaboration becomes a political lever

It is not an episode, it is a method. The dejavu of Russian military tanks full of doctors and soldiers in Bergamo is relived today 12,000 kilometers away. In Johannesburg, one of the largest cities in South Africa, a “mobile laboratory” is parked, very similar to the one immortalized while traveling along the Pontina highway in May 2020, escorted by a Russian convoy made up of twenty-two vehicles and 102 people.

It is located at the back of the National Institute for Communicable Diseases (NICD), in the Sandringham district. The truck carrying it is from Kamaz, the same company as the trucks that landed two years ago at Pratica di Mare. But the laboratory was not always there. For a long time, explains the investigative website News24, it has been “gathering dust” in the international Johannesburg airport of Or Tambo.

While in Italy there is renewed talk of the “From Russia with love” mission – the sending of a delegation of doctors, military personnel and, according to press reports, secret service agents with the official goal of helping Bergamo in the grip of the virus – a similar, if not the same, script is being staged in South Africa. This helps us understand, two years later, the political significance of the controversial mission to Northern Italy for Russia.

In fact, there are not many countries “chosen” by Moscow to host the “mobile rapid response laboratory” of the Rospotrebnadzor, the Russian government health agency headed by Anna Popova. They can be counted on the fingers of one hand. After Italy, in the spring of 2020, a similar mission was seen in Serbia, in June of the same year, and in Tajikistan a month later.

Last December, after lengthy negotiations, it was the turn of Cyril Ramaphosa’s South Africa. A telephone call from Russian President Vladimir Putin unblocked the agreement on December 9, giving the go-ahead for an Ilyushin IL-76 to take off from Volvograd for Cape Town, the South African capital. On board were a team of epidemiologists and physicists from the Ministry of Health, a task force from the Ministry of Emergencies and the mobile laboratory.

The expedition, despite the total secrecy about the participants, was widely reported in the Russian government press, described as proof of the solid relationship between Moscow and Cape Town. The objective, at least on paper, is scientific: the country was in fact the epicenter of the Omicron variant that between December and January spread to Europe and the rest of the world. But the mission also has a strong political connotation.

South Africa is a reliable ally of the Kremlin. It always has been: even at the height of the Cold War, especially during the struggle over Apartheid, the capital was a key crossroads for the Stasi and other Russian intelligence agencies. In 2015, the South African government even paid $100 million to participate in a satellite surveillance program installed by the Russians, “Project Condor.”

Just as in Italy, where Russian tanks entered the Pontina highway under the astonished gaze of NATO allies, complete with tricolor stickers on the side, the South African expedition was accompanied by massive Russian propaganda. But not everything went smoothly. The laboratory, also known as a “multifunctional mobile diagnostic center”, failed to pass the customs inspection, explains News24. So much so that, at least in the first weeks, the mission of Russian doctors and soldiers had to continue without it.

Foreign Policy explained in December that behind the brake put on the Russian delegation were hidden other qualms. The mobile laboratory, writes Nosmot Gbadamosi, “raised concerns among some South African scientists about the possibility that the mission consisted of a ‘data collection’ aimed at enhancing the Covid-19 Sputnik V vaccine.

The accusations, promptly denied by the Russian side, echo the suspicions, raised by some Italian newspapers, including Formiche.net and La Stampa in a long investigation, on the real intentions of the mission in Bergamo, today back in the public spotlight for the Russian war in Ukraine. In the long cordon of men following General Kikot, the Turin newspaper had then revealed together with Coda-Story, there were also soldiers of the Crane, Putin’s secret services.

The same fear bounces back today in the local South African press. The collection of material was supposed to last a month or so, and in January Putin had thanked Ramaphosa for “the opportunity to work on the disease in its place of origin, where it was discovered”. Why then, asks News24 today, is the mobile laboratory of Russian scientists still in Johannesburg, at the end of March?

The public debate on the Russian mission in Italy is back on today. One wonders why and how it was possible to parade on the Italian roads the same Russian military vehicles that today are parading in the direction of Kiev, Mariupol and Kharkiv. Questions that former Prime Minister Giuseppe Conte, summoned today to the Copasir in an extraordinary session, will have to answer. As for the political scope of this trip out of town, the South African case may provide a clue.

Like other African countries, South Africa, on which there were expectations for mediation, has shrugged off the Russian invasion of Ukraine. It abstained from voting at the UN General Assembly and continues to point the finger more at NATO than at the invader. On Wednesday, the South African delegation to the Inter-Parliamentary Union (IPU) thundered against a resolution condemning Russian aggression. Tajikistan and Serbia, two other countries that have become targets of the Russian “sanitary” expedition, have soon broken the delay by siding with Moscow.

In Italy nothing similar, it goes without saying. But the very fact that it was chosen – the only country in Europe – as the ideal destination for the military-humanitarian expedition says something about Russian expectations. The same ones that lead the Foreign Ministry – through the mouth of Alexei Paramonov, head of the Europe I Department – to be indignant about the sanctions of the Draghi government and to promise “irreversible consequences”.

Only 3 entities out of 39 contested aid to TAP. Brazil was one of...