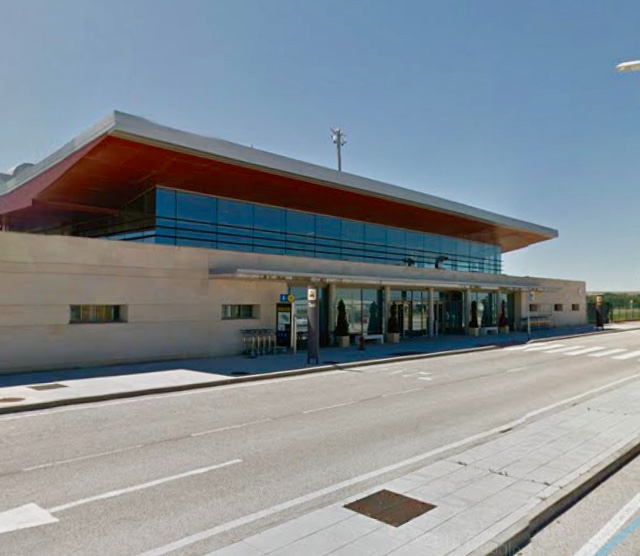 Burgos airport wants to compete with Foronda airport
Ryanair is preparing a study to connect the Castilian facility with London, Paris and Bergamo.

The consolidation of Foronda as a passenger airport looks like the possible birth of a close rivalry from Burgos airport.

The company promoting the complex, Burgos Promueve, held a meeting with Ryanair representatives on the 8th to find out about the Irish airline’s possible interest in establishing itself at the Castilian airport as another base of operations on the peninsula.

Market study for the end of this month

As a result of that meeting is the commitment made by the company of Michael O`Leary to develop a market study and provide a budget to connect the city of Burgos with Europe. The response is expected to be immediate and by the end of this month or early March may already be on the table of the directors of Burgos Promueve.

The interests of new routes from the Castilian city are focused on two cities like Paris and London and a third connection as the Italian city of Bergamo. It is at this point where the competition with Foronda arises, which has since the beginning of Ryanair’s operations that city in northern Italy as one of the destinations offered and also enjoys a good acceptance.

The calculations of the airport development company are placed in the year 2023 as a possible date on which these connections could begin. In this way they are trying to recover operations in Burgos after last December’s decision to break the contract with Air Nostrum. During the last three years the Iberia subsidiary developed connections to Barcelona, although they did not work out and the occupancy level of the flights was very low.

To achieve the take-off of Burgos airport during the years that Air Nostrum operated, the public company in charge of the promotion gave the company an amount of 1.2 million euros per year.

The Irish company already has among its bases of operations close to Burgos airports such as Foronda and Valladolid. From the facilities in La Llanada it is possible to fly to cities such as Bergamo, Alicante, Seville, Palma de Mallorca or Cologne. From March 29, a route to Charleroi, Belgium, in the vicinity of Brussels, will also be launched.

Santander is one of Ryanair’s main hubs. It flies to a total of 16 destinations, twelve of which are international and the other four domestic (Barcelona, Malaga, Palma de Mallorca and Valencia). From Severiano Ballesteros it is possible to board a Ryanair plane and land in places as diverse as the capital of Romania, Bucharest, the Moroccan city of Marrakech, Vienna, Rome, Venice, Edinburgh, Bologna, Bergamo, London, Paris and Manchester.

From Valladolid the connections offered by Ryanair are much scarcer and are reduced to two domestic destinations such as Barcelona and Palma de Mallorca. It is not possible to fly from the capital of Castilla y León to any European destination.

Which Airports Have The Longest Taxi Times?