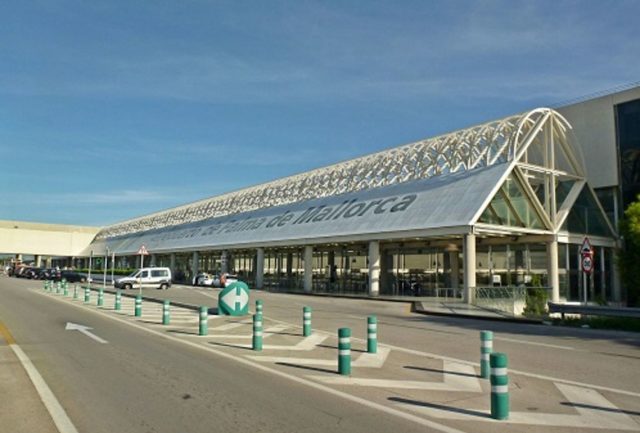 The first of 33 British Airways planes which are currently not being used, have arrived at Palma airport where they will remain parked up until BA resumes full operations.

Palma airport has said that it has space to park up to 100 aicraft as regional airports across Europe, in particular the UK, are filling up with planes which are grounded at the moment because of the pandemic.

British Airways, part of the IAG group which also owns Iberia, BMI, Vueling, Aer Lingus and yet to be confirmed, Air Europa, has applied to the Spanish airport authority AENA for permission to park as many as 30 of its unused Airbus aircraft at Palma airport.

Due to the pandemic travel restrictions, airlines have been forced to ground thousands of planes across Europe and regional airports in the UK which are being used as giant plane parks are full forcing airlines to look overseas for new airports to base their aircraft.

Covid has presented a new challenge for the world’s embattled airlines as they work to safeguard thousands of grounded planes parked wingtip to wingtip on runways and in storage facilities. But, aircraft can not simply be dusted back into action.

They need plenty of work and attention while in storage, from maintenance of hydraulics and flight-control systems to protection against insects and wildlife – nesting birds can be a problem. Then there is humidity, which can corrode parts and damage interiors.

Even when parked on runways, planes are often loaded with fuel to keep them from rocking in the wind and to ensure tanks stay lubricated.

The number of passenger jets in service is the lowest in 26 years, according to Cirium. Managing such large-scale storage is a challenge for an industry already in crisis, with airlines worldwide slashing capacity to close to zero or not flying at all.

The International Air Transport Association has warned that revenue from flying passengers could drop by nearly a third of a trillion dollars this year and that 25 million jobs are at risk.

And, British Airways is confident that Palma is the perfect base for as many as 33 planes, Airbus A 319, A320 and A321 until they are required to fly again.

Palma airport has plenty of space to park aircraft and also has a very professional team of engineers to maintain and look after planes in storage.

The first planes are expected to land in Palma Airport this weekend, despite AENA having not granted full permission, bit being and Anglo-Spanish airline group, British Airways does not envisage having any complications. British Airways has already parked half of its fleet of 12 Airbus A380 superjumbos in Chateauroux, France, for longer storage but, along with other airlines, still requires extra parking space in Europe.

And, considering that Palma is one of AENA’s most lucrative airports, the revenue from having planes parked up at Son San Joan will be welcomed and their presence will also help to maintain a considerable number of jobs.

Modernization is needed in the means of transport of Kos to better serve the...