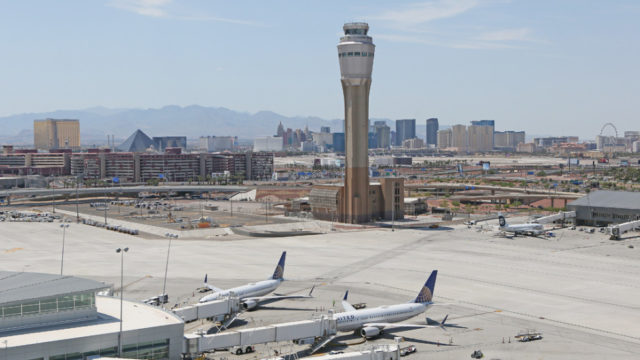 Harry Reid International Airport saw a total of 28 flights canceled in the last 24 hours as of 5 p.m. Sunday, according to the flight tracking website FlightAware.

On Sunday, 27 flights leaving Las Vegas airport were delayed and 16 were canceled. Of the flights arriving at Reid airport on Sunday, 18 had been canceled and 38 were delayed, according to FlightAware.

Officials reported a routine day at the Las Vegas airport, while airports across the country had hundreds flights canceled by a winter storm.

Airport spokesman Chris Jones said Sunday afternoon that he had not been alerted about unusually long lines or anything to suggest anything other than a “normally operating day in terms of volume.”

Yamleque Murillo, with American Airlines, said that the airline had six cancellations out of the airport on Sunday, all due to weather.

American canceled about 1,300 flights across its main and regional operation on Sunday, according to a statement.

Southwest Airlines and United Airlines officials could not be reached for comment on Sunday.