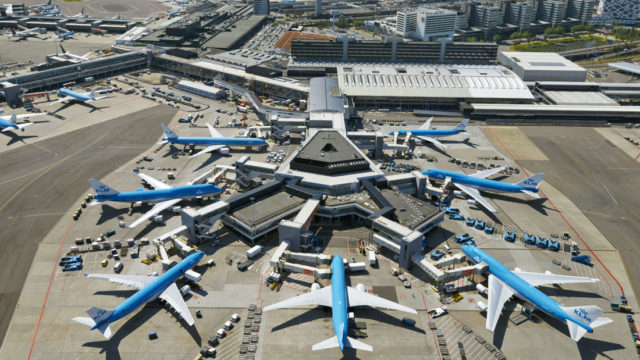 Authorities closed the roads leading to the airport and stopped the train service to Sippol at around 06:00.

Amsterdam’s Schiphol airport in the Netherlands, one of the busiest in Europe, was briefly closed earlier today due to a power cut that affected all its operations.

Authorities closed roads leading to the airport and suspended train services to Sippol around 06:00 local time today “to guarantee the safety of travellers”, the airport said, as it was impossible to check in passengers and the airport’s main lounges were packed with people waiting to board.

Roads were reopened around 07:30, after power was restored, but the outage is expected to have “serious consequences for air travel during the day”, airport spokesman Geiko Bartels said.

The outage is also expected to affect flights to Amsterdam airport and from there to other airports, as Sippol could only handle ten arrivals an hour this morning since priority was given to the large number of flights expected to depart from the airport, according to Bartels.

Cippol is the third busiest airport in Europe in terms of the number of travellers, after London’s Heathrow and Paris’ Charles de Gaulle.

Cargo carried from Istanbul airports increased by 30 percent and commercial flights by 45...