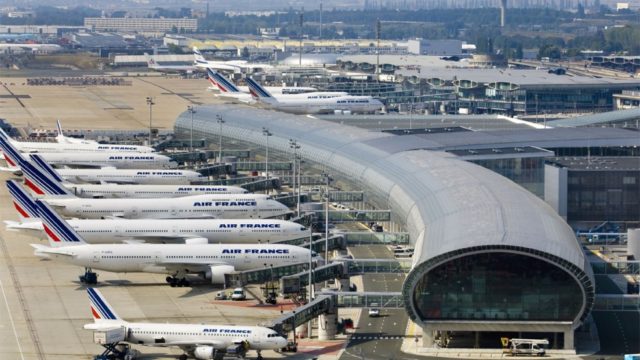 Operations at Paris Charles de Gaulle airport are still stymied by the heavier than usual snowfall afflicting many parts of Europe. Around 15 percent of its flights have been cancelled for Wednesday evening from 1700GMT, rising to 25 percent on Thursday, aviation officials announced.

Travel disruptions began at Paris CDG and Orly airports on Sunday and Monday this week, stranding thousands of passengers.

Meanwhile, the first of three extra Cathay Pacific (CX) flights for standed London passengers (of which many are students returning home for the holidays), CX2250, arrived in Hong Kong at 8pm tonight from Manchester. The second, CX2252, which also departed from Manchester today at 1pm UK time, will arrive tomorrow, December 23 at 8pm, Hong Kong time as well.

The third extra flight, CX8250, is tentatively scheduled to fly out tomorrow from London Heathrow at 2.30pm UK time, and is expected to touch down in Hong Kong about 10am on December 24.

A CX spokesperson expressed the airline’s confidence that these additional services, along with the four daily scheduled flights from London, would help clear the backlog caused by the adverse weather conditions.

Singapore Airlines reported that its flights today to and from London returned their normal schedules but it still warned customers to “be prepared for some delays due to the fluidity of the situation at Heathrow Airport”. SIA’s London hotline is 0800 783 7883 and is open between 8am and 11.59 (UK time).