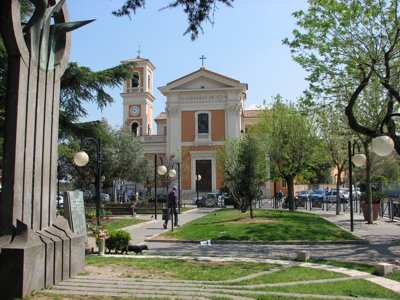 Historically the streets of the castle town are the protagonists of long lines of cars. The citizens are wondering

Ciampino airport town. But also traffic. A historical plague, unresolved by the various municipal administrations that have followed one another over time at the helm of the City Hall, and that, especially in the morning hours and late afternoons, makes drivers and pedestrians buffalo. Oh yes, because there are many residents of Ciampino dei Castelli Romani who travel by private vehicle to Rome for study or work, passing in that of Ciampino, placed in a medial position with respect to the two territories.

And here, then, arteries like Via Mura dei Francesi and Via di Morena, ‘coloring’ of long queues. And citizens do not miss to emphasize on social networks the long-standing reality, triggering debates on demerits and faults. This, for example, Gloria writes on facebook: “This is Via di Morena every morning… 20 minutes from the traffic light in Via Anagnina to Piazza della Pace in Ciampino airport. I must say that the study of the road system in Ciampino airport, works very well”, she then closes ironically. And down with the comments. Let’s remember that via di Morena is a strategic artery from the logistic point of view, that from Ciampino leads to via Anagnina, passing in VII Municipio. “It has always been like this. By now the number of cars is too high for the type of road system born decades ago. I don’t think there is much to do – comments Valerio, another citizen -.

The space to do something is not there. When you buy a house you have to evaluate these things too”. Or that of Giuliano: “It’s been like this for 30 years, it’s not what it is today”. While Dario agigunge: “If the number of cars during rush hour is higher than what the roads can dispose of there will always be traffic, it is unthinkable otherwise unless you take for those who can replace the private car (public transport, bicycles, etc.). Making controversy about the road system when you do not even know what you are talking about is yet another opportunity to complain without being proactive about it”.