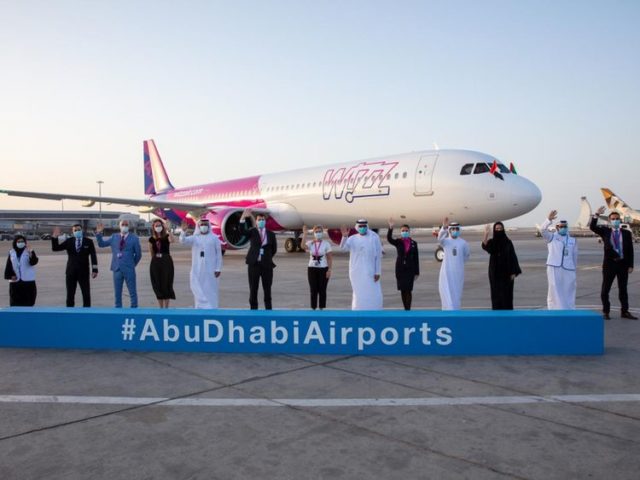 Despite the ongoing pandemic, many new airlines have entered the market in 2021 seeking new opportunities. Here’s a list of 10 airlines that commenced operations in 2021.

Italia Trasporto Aereo, ITA Airways is the new flag carrier of Italy. The airline was founded 13 months ago on 11 November 2020, and recently commenced operations on 15 October 2021. The Rome Fiumicino Airport-based airline is already a member of the SkyTeam alliance and offers flights to destinations in France, Egypt, Germany, Greece, Israel, Malta and Netherlands, among others. Flights to Japan, Luxemburg, Argentina, and the US are expected to begin from 2022.

Several Alitalia assets were bought, including the airline’s logo and website. Currently, it has a fleet of 18 Airbus A319-100s and 27 Airbus A320-200s, which were former Alitalia aircraft. In the widebody sector, it has seven Airbus A330-200s.

The new Italian flag carrier expects to fly transatlantic in the coming years, probably with the new A330s and A350s. The airline intends to commence flights to Boston, and Miami soon, Washington DC and Los Angeles in 2022, and Chicago and San Francisco flights in 2023.

Breeze Airways was founded by David Neeleman, who is also behind the launch of other popular airlines like WestJet and JetBlue. It was founded back in July of 2018. Although it was founded as Moxy Airways, it later changed to Breeze as it clashed with Marriott’s “Moxy Hotels” trademark. The new airline completed its first flight from Tampa International Airport to Charleston International on 27 May 2021.

Breeze’s plan was to fly from small regional airports in a point-to-point model such as Fort Worth Airport or Burbank Airport. Longer flights to South America and Europe were also considered. The airline ordered 60 A220-300s, but second-hand Embraer E190s and E195s were used to launch flights sooner.

Currently, the airline focuses on Tampa, New Orleans, Charleston, and Norfolk flights. Breeze Airways is expecting 112 more aircraft in the coming years. The airline now has a fleet of one A220-300, 10 Embraer E190s, and three Embraer E195s. The carrier has 79 more Airbus A220s, six Embraer E190s and 27 E195s on order.

Eurowings Discover is a new airline owned by the Lufthansa Group aims to serve long-haul leisure routes. It has a fleet of 10 aircraft and serves around 17 destinations.

The airline commenced operations on 24 July 2021. The airline flew from Frankfurt to Mombasa and Frankfurt to Zanzibar on the first day. The airline will face challenges from Condor, which already operates several routes planned by the new airline. In September of 2021, Lufthansa made the airline responsible for several mid-haul leisure routes.

Flights to multiple new destinations in Bulgari, Canada, Greece, Italy, Mexico, Portugal, Spain, Tanzania, United States and Zimbabwe will begin in 2022. The Frankfurt and Munich-based airline currently has a fleet of three Airbus A320s and seven A330s. The airline is also expecting seven A320s and four A330s in the coming years from its sister airlines.
4. Flyr

Flyr is a new Norwegian low-cost carrier operating flights within Norway and multiple European destinations in and out of Norway. Founded in August 2020, the airline started regular flights on 30 June 2021. With five aircraft, the new airline is flying to eight destinations.

The airline currently has five Boeing 737-800s, and one more will come from FlyDubai soon. The LCC also has an order for six Boeing 737 MAX 8 jets with an option for an additional four. Deliveries of new aircraft will commence in 2022.

Avelo is a new airline that entered the American ultra-low-cost airline market in 2021. The new airline operated its first flight on 28 April 2021, from Burbank to Santa Rosa, California. The airline operates out of Hollywood Burbank Airport in California and is headquartered in Houston, Texas.

Play is a new Icelandic low-cost carrier. Founded in July 2019, it is headquartered in the country’s capital of Reykjavík. The airline commenced operations on 24 June 2021, just six months ago. The airline connects Reykjavík with ten other destinations with a fleet of four aircraft. As of November 2021, the airline was operating with 135 employees.

Arnar Már Magnússon and Sveinn Ingi Steinþórsson (former WOW Air executives) planned the establishment of a new airline aiming at 14 destinations in the US and Europe. They expected around one million passengers in the first year. Although WAB air (“We Are Back”) was initially planned as the airline name, it was changed to Play.

In August 2021, the airline applied to the United States Department of Transportation seeking permission to fly to the US. Currently, the airline offers scheduled flights to Copenhagen, Paris, Berlin, Amsterdam airport, Tenerife, and London. Regular flights to Brussels, Prague, Dublin, Lisbon airport, Madrid, Malaga, Gothenburg, Baltimore, and Boston will begin in 2022.

As of December 2021, the airline has one A320neo and an order for an additional four more of the same type. The airline also has three A321neos and is expecting one more. The airline will receive new aircraft in 2022 and 2023.

United Nigeria Airlines is a new Nigerian private airline company headquartered in Enugu and has an office in Abuja. In February 2021, the airline received its AOC, which will be valid for two years. The airline flies in and out of Enugu International Airport. The airline was founded in 2020 and commenced operations on 12 February 2021. Abuja, Asaba, Enugu, and Lagos were the first four cities the airline intended to fly to with a fleet of four aircraft.

During the second half of 2020, the airline received the Embraer ERJ-145LR jets (regional jets produced by Brazilian aerospace company Embraer, range up to 3,700 km). After the Nigerian Aviation Authority examinations, AOC was granted for the airline on 1 February 2021. The initial AOC is valid till 31 January 2023 only. The airline flew from Murtala Muhammed International Airport to Akanu Ibiam International Airport on its first flight.

Aha!, which is officially Aha! Travel Management Company LLC is a brand name used by the regional airline ExpressJet for flights between Reno-Tahoe International Airport, Washoe County, Nevada, and west coast US cities. On 30 September 2021, the airline flew its first revenue flight, a short charter between Tallahassee, Florida and Anderson, South Carolina.

Aha! Stands for “Air-Hotel-Adventure” as the airline will work with resorts, casinos, and attractions in Reno and Tahoe to offer better value to passengers on a vacation passage.

The airline currently flies to four states in the US: California, Nevada, Oregon, and Washington, offering flights to Bakersfield, Fresno, Ontario, Eugene, Spokane, and more from Reno. And in the coming years, the airline plans to fly to 20 more destinations. Its fleet consists of four Embraer ERJ145 aircraft.
9. Wizz Air Abu Dhabi

Wizz Air Abu Dhabi is a new UAE-based low-cost carrier established as a joint venture between state-owned ADQ (formerly Abu Dhabi Developmental Holding Company), which owns 51 percent and Wizz Air Holdings owning the remaining 49 percent. The airline was established to occupy the growing market of the Middle East, Africa, and the Indian subcontinent. Jozsef Váradi, CEO of Wizz Air, believes the airline could have up to 100 aircraft in its fleet in around 15 years.

Air Premia is a budget hybrid carrier based in Seoul, South Korea. It was founded by Kim Jong-Chul, the former president of Jeju Air. The airline was founded in July 2017 and commenced operations in August 2021. It is based at Incheon International Airport, Seoul, and currently has a fleet of just one aircraft.

The airline had initially planned to add three 787-9 aircraft to its fleet on lease from Aircraft Lease Corporation (ALC). Initial flights would be to regional Asian destinations. The airline has planned to operate flights to the United States and Australia.

The airline received its first 787-9 in April 2021 and began flying domestically from Seoul to Jeju. Domestic flights ended in August for preparation of international flights. The airline is planning to operate up to ten 787s by 2024. The airline has taken delivery of its first 787-9 and has two more on order.