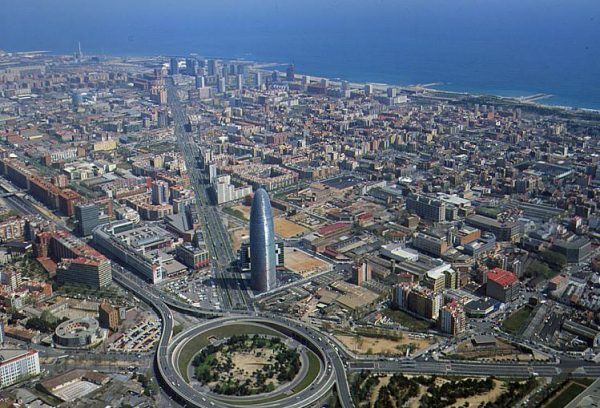 Catalonia has rapidly become a major European hub for digital innovation and biomedical technology. But the future lies in industrial technology.

Barcelona stands for Antonio Gaudì, las Ramblas and, of course, FC Barcelona. But in recent years the Catalan capital can also be considered an important European innovation hub.

No shortage of venture capital in Barcelona

Jordi Aguasca can substantiate this with data. “We have more than 1,500 start-ups in the region. Three out of four have attracted external investment,” says the director of ‘start-ups’ of Catalonian Trade and Investment, which on behalf of the Catalonian government annually invests some €80 million to facilitate technology companies. “Over the last five years, start-ups have raised three billion euros in investment.”

Neutral sources confirm this view. According to the latest State of European Tech report (prepared by Atomico, a venture capital company), a considerable amount of venture capital flows to Barcelona, which ranks number five in Europe. Incidentally, London, Amsterdam, Paris and Berlin are at the top of most lists on innovation and start-ups.

Spontaneous acceleration from the bottom up

Barcelona is particularly strong in the field of digital consumer technology, especially e-commerce. Numerous well-known digital platforms come from Catalonia, such as Glovo and eDreams, something that came out of the blue. “Ten years ago, Barcelona was not on the map of entrepreneurial Europe,” says Oriol Pascual, director of IQS Next Tech Factory, an incubator for industrial start-ups.

What happened is that at the end of the last century, a number of entrepreneurs successfully started digital businesses, which they monetized and subsequently invested in new digital initiatives. Thus a handful of people organically built an ‘ecosystem,’ It was spontaneous acceleration from below.

Today, Pier 01 is the linchpin of digital technology in Catalonia. More than 100 digital start-ups can be found in this former warehouse at the port. “The culture of start-ups has becomes visible to everyone in Pier 01,” says Guasca. And that visibility helps attract money, talent and ideas.

A second leg of the ‘Barcelona airport’ model did not arise spontaneously, but is due to active intervention by the Catalonian government, which has great economic and political autonomy over the central government in Madrid. Some ten years ago, the region made bio(medical) technology the spearhead of its policy. Among other things, research centers were set up and programs were developed to promote public-private partnerships.
As a center for advanced technology, innovation and venture capital, it has only been in existence for about ten years; in Silicon Valley they have been active for seventy years.

The efforts have paid off. Catalonia is now a major player in the field of bio- and medical technology. An indication of its success is that the number of companies investing venture capital specifically in medical start-ups has increased twenty-fold in eight years. According to Pascual, this is a real achievement. “As a center for advanced technology, innovation and venture capital, we’ve only been in existence for about ten years, and in Silicon Valley they’ve been active for seventy years.”

Exponent of an international culture

An example of a promising startup in the medical sector is Droplite, a spinoff of the Institut de Ciències Fotòniques. The company is in the final stage of developing a small diagnostic device which delivers accurate test results in ten minutes at the location where a blood or other sample is taken. The device is based on patented optical sensor technology. Droplite has already raised over €600,000 of venture capital within a year and a half of its existence. “Catalonia is a very good environment for biotechnological renewal and innovation,” says André Guedes, the CEO and co-founder of Droplite.

Guedes is a Portuguese who founded two technology companies in Silicon Valley in the past. He is a typical example of the international culture that exists in Catalonia. For example, fifteen percent of the founders of start-ups come from abroad and more than one-fifth of the employees come from outside of Spain.

An important factor for success is the good quality of education, which is also available in abundance. There is a choice of no less than eleven universities and business schools. There are also six science parks. Foreign companies like Amazon have their R&D departments in the area. Plus, the relatively low cost of living contributes to the popularity of Barcelona.

The future lies in industrial innovation
All this does not mean that the future is carefree. “Entrepreneurs prefer digital consumer technology,” says Aguasca. It remains to be seen whether this will carry forward into the future. There is fierce competition from other cities in this area. “What we need is a vision for the future,” says Pascual. He believes that Catalonia should concentrate on industrial entrepreneurship. Pascual’s IQS Next Tech Factory is aimed precisely at that. IQS takes technologically innovative start-ups by the hand to help them convert their prototype into an industrial product.

The great thing, Pascual says, is that Catalonia has almost everything in-house. It boasts a deep-seated industrial tradition. For example, it is the place of origin of car manufacturer Seat. El Vallès Oriental, northeast of Barcelona, consists of an industrial hub with 7,000 subcontractors and manufacturers of components in particular. Industrial technology takes a long-term perspective, but innovative products coming onto the market can have a greater impact on the economy than a digital service as a distribution platform.

One example of an industrial start-up is Advanced Air Mobility (AAM), a company working on a prototype of a light and electrically-powered air barcelona airport taxi for modern, urban mobility. “Barcelona is part of an important industrial network, enabling us to find local production partners,” says Aitor Martin, the director of AAM. “Everything can be produced in Catalonia. There is a large pool of knowledge, also in the field of aeronautical engineering.”

There is another, by no means unimportant factor. “The weather is always nice in Catalonia, which also works to our advantage,” laughs Martin. Oh yes, I almost forgot: Barcelona is also known for its Costa Brava.

The fleet of electric cabs in Spain is multiplying, the Tesla Model 3 continues to be the undisputed king.

P-92 aircraft crashes in the area of Catania, Italy