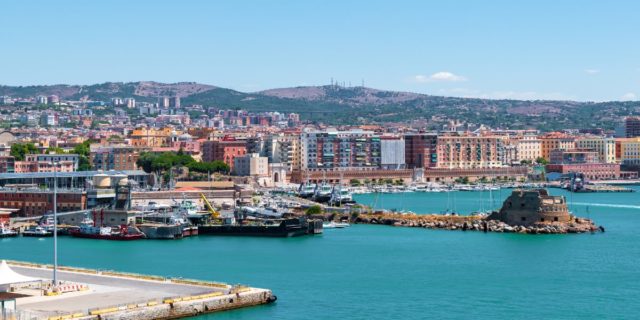 Large Ships at Fiumicino, the project of the new port worries. But isn’t Civitavecchia already there?

It would be enough to start from this consideration in order to avoid the realization of a new port for cruise ships at Vecchio Faro in Fiumicino, where, moreover, a second berth for large ships has been hypothesized a few kilometers further north, within the planned commercial port.

The story begins in 2010 when the Lazio Region issued a 90-year concession to the Port Initiatives company for a marina for 1500 pleasure boats on Isola Sacra. Work began but in 2013 Francesco Bellavista Caltagirone, who took over from the string of local entrepreneurs, was arrested and the area of the site subjected to judicial seizure. In 2019 IP/Invitalia enters into an agreement with Royal Caribbean. A new project is born that decreases berths and inserts a hypothesis that immediately triggered the protests of associations and committees, united in the acronym “Tables of the port”. The battle against large ships at Fiumicino is subsequently supported by the sections Italia Nostra Litorale Romano, WWF Litorale Laziale and Legambiente Lazio and Lipu.

As stated in a note issued after a meeting last October 1st with the President of the Port System Authority of the North-Central Tyrrhenian Sea, Dr. Pino Musolino, environmentalists have expressed “concern for the consequences on the marine ecosystem, the balance of the coast, the urban fabric and the health of citizens”. Moreover, recently the same president Musolino has declared: “for how it is structured, the project would seem to be well outside the boundaries and the possibilities established by the law 84/94, given that the Italian law does not provide that an initiative of such scope and value can be undertaken by private parties”.

The perplexities on the landing for the great ships regard first of all the insufficient depth of the backdrops, that would force to imposing and expensive works of dredging in order to assure the 9 necessary meters for the displacement of the ships. The excavations in the sea would have an impact on the Site of Community Interest, “Isola Sacra”, which is located adjacent to the Old Lighthouse. Cementification would produce further dramatic erosion phenomena in the most valuable parts of the State Natural Reserve of the Litorale Romano.