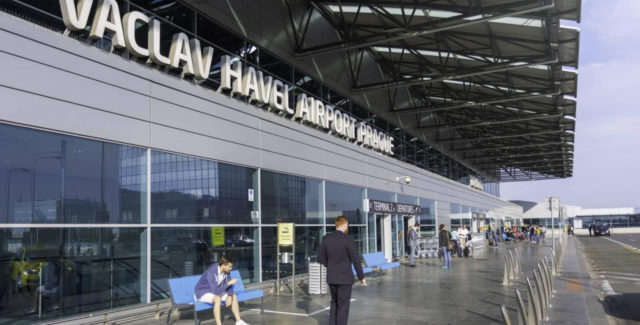 Arrivals to Prague’s Václav Havel airport were temporarily suspended after fireworks exploded in a passenger’s backpack, the airport tweeted this morning.

Suspicious luggage is being dealt with at the airport. Police, pyrotechnician on scene. Access to the airport is temporarily restricted, as is part of the concourse. Aircraft operations and check-in without restrictions.

Initial reports say that around 9 a.m. in the public part of Terminal 2, the fire was ignited by an as yet unidentified object. According to police, a British citizen was burned in the incident.

For safety reasons, the connecting corridor between Terminal 1 and 2 was evacuated and all airport access roads for the individual transport were closed until 10:20.

“At around 9 o’clock in the public part of Prague airport Terminal 2, there was a fire caused by an as yet unidentified object by a citizen of Great Britain. At the moment, all emergency units are in place and the preliminary investigation is being carried out,” the police wrote on Twitter.

Police pyrotechnicians are now working to determine the cause of the flare; according to police, the accident was likely caused by the “unprofessional use of fireworks.”

Shortly before 10:30, the airport tweeted that the extraordinary closure is over and regular airport and traffic operations resumed.

Airport officials are encouraging arrivals to use public transport, however, to access the airport.