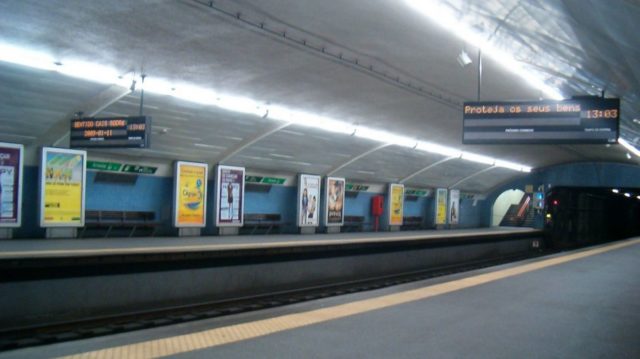 Lisbon Metro workers are to meet on Tuesday for a new partial strike, between 05:00 and 09:30, as wage negotiations with the company have failed, with a stoppage of the service expected.

“The strike is not just against the wage freeze, we are going further”, said Anabela Carvalheira, of the Federation of Transport and Communications Unions (FECTRANS).

According to the union leader, the negotiations “go beyond the salary issue”, underlining the importance of “immediately filling in the operational framework and career progression”.

“At the meeting we had with the minister of the Environment and Energy Transition [João Matos Fernandes, who oversees urban transport], the person in charge assumed two of our demands regarding workers in the maintenance area and the extension of the term of the Company Agreement ( AE)”, said Anabela Carvalheira.

However, according to the union member, the company’s board of directors “has not yet put the remaining matters on the table”, and the parties have not yet reached an agreement.

The strike notice was delivered on 6 October “due to the lack of answers to the questions raised, either in meetings with the Minister of Environment or with the president of ML-Metropolitan de Lisboa”.

On its official website, Metropolitano de Lisboa informed that, due to a strike called by the union organisations representing the workers, the company plans to stop the transport service from 6:30 am to 9:30 am and to resume train circulation from 10:15.

Lisbon airport metro workers carried out partial strikes on duty in May and June taking into account the same demands presented for the new stoppage.